The work at hand is based on theatrical motion pictures; namely Mad Max 1, The Matrix and The Shining (shown here as an enlarged single frame).

Each movie, available in a resolution of 1920 × 1080 pixels, was broken down into each individual 1 still frame from every second by me, which resulted in about 6000 frames per movie. To do so, every first frame from each second of the individual movies got extracted, followed by a division of the pixel count (1920x1080=2Mpx) by the amount of frames (e.g. 6000), resulting in a pixel width. Corresponding accordingly, a part of each frame got abstracted until the calculated image was chronologically filled. Each abstracted pixel was put back into its original position (e.g. the upper part of the images is still the sky).

The resulting images can be described as theoretical intermediate images. The systematical decomposition destroys the structure of the information of the base material, creating a new, non-concrete, non-descriptive subject matter which opens up new means of interpretation. Each tonal value, present in the calculated image is based on information already visible during the initial movie, but rearranged. The calculated images therefore describe a world which is neither visible nor concrete, but hidden in the already present information, making it a possibility. Resulting is a non-descriptive, mostly autonomous way of photography, that searches its subjects within the regularities of digital design, realising aesthetic processes with the aid of and influenced by information technology. Admittedly, the images created here do use real paragons as a precondition, but the technology used would nevertheless be capable of processing computer generated movies creating similar results. 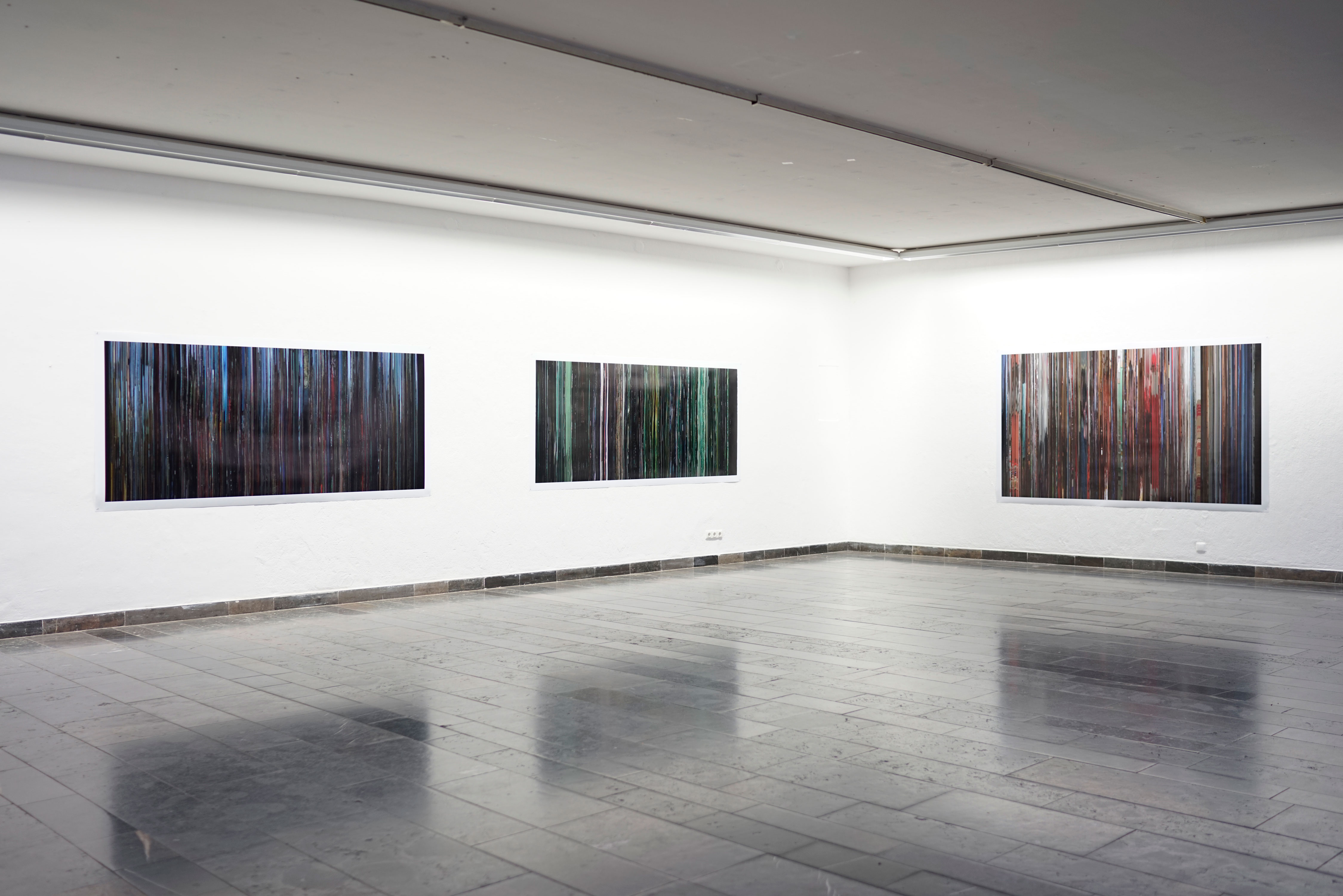 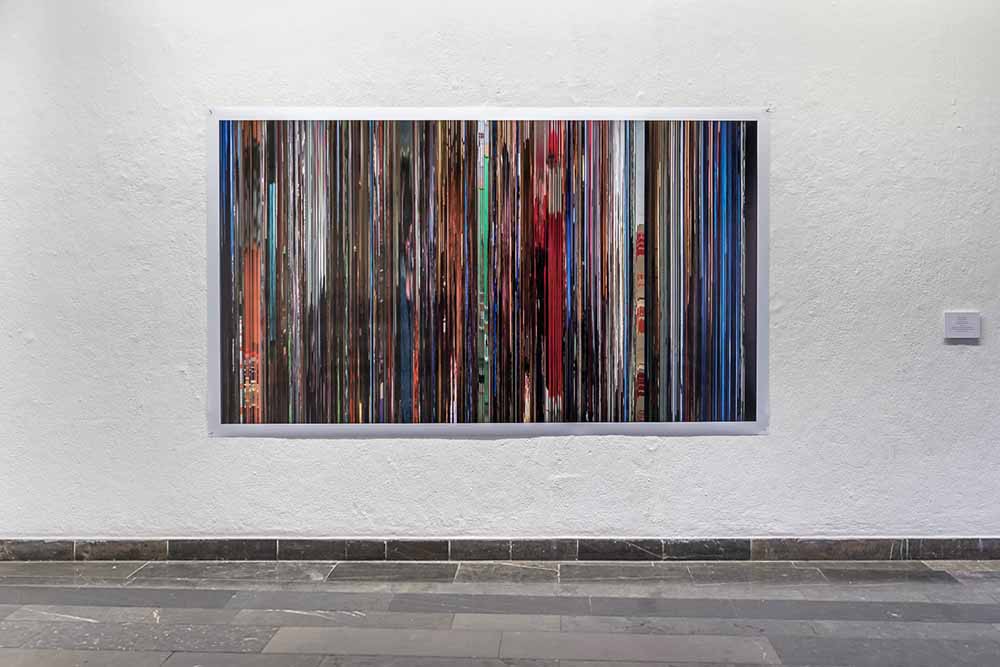 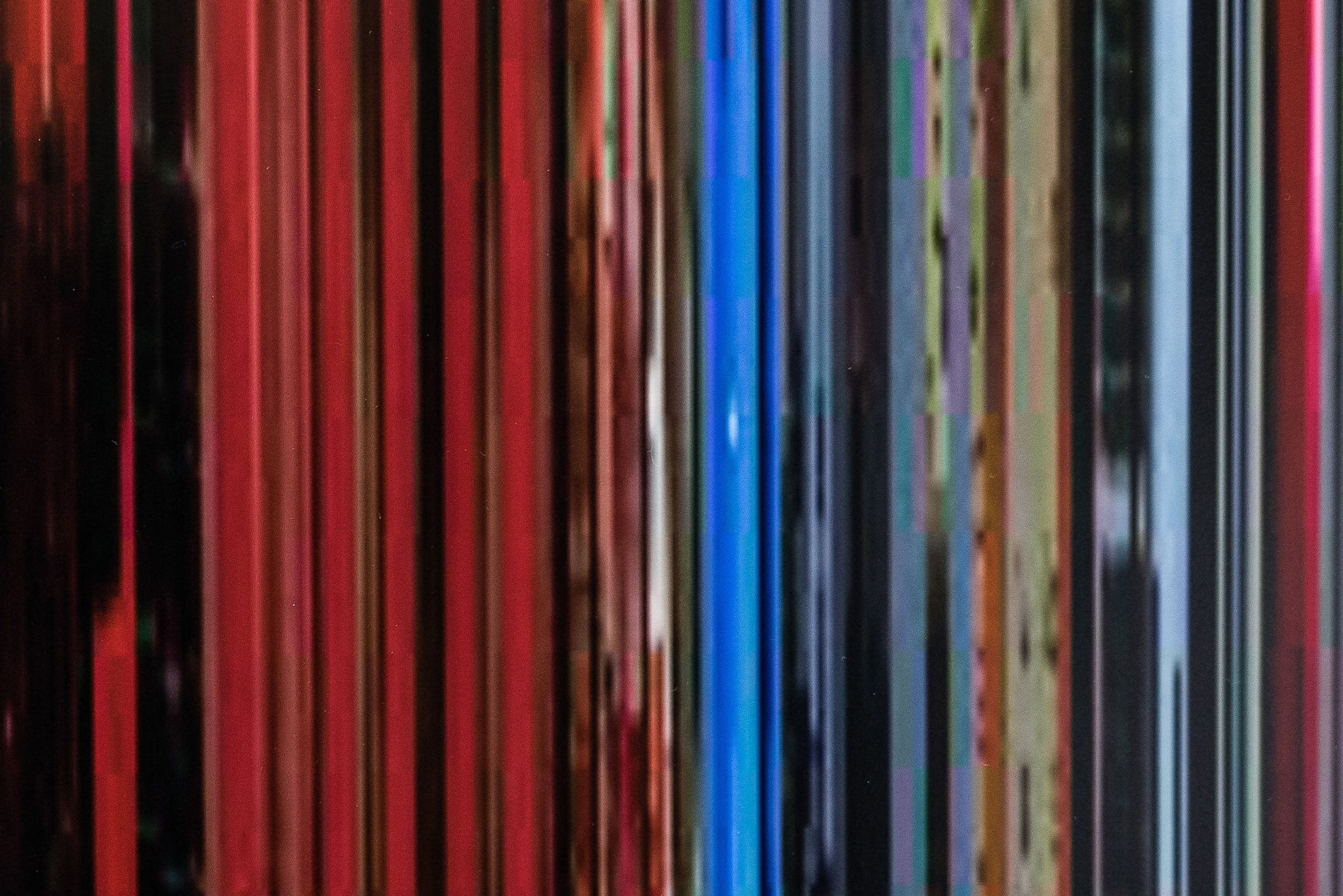 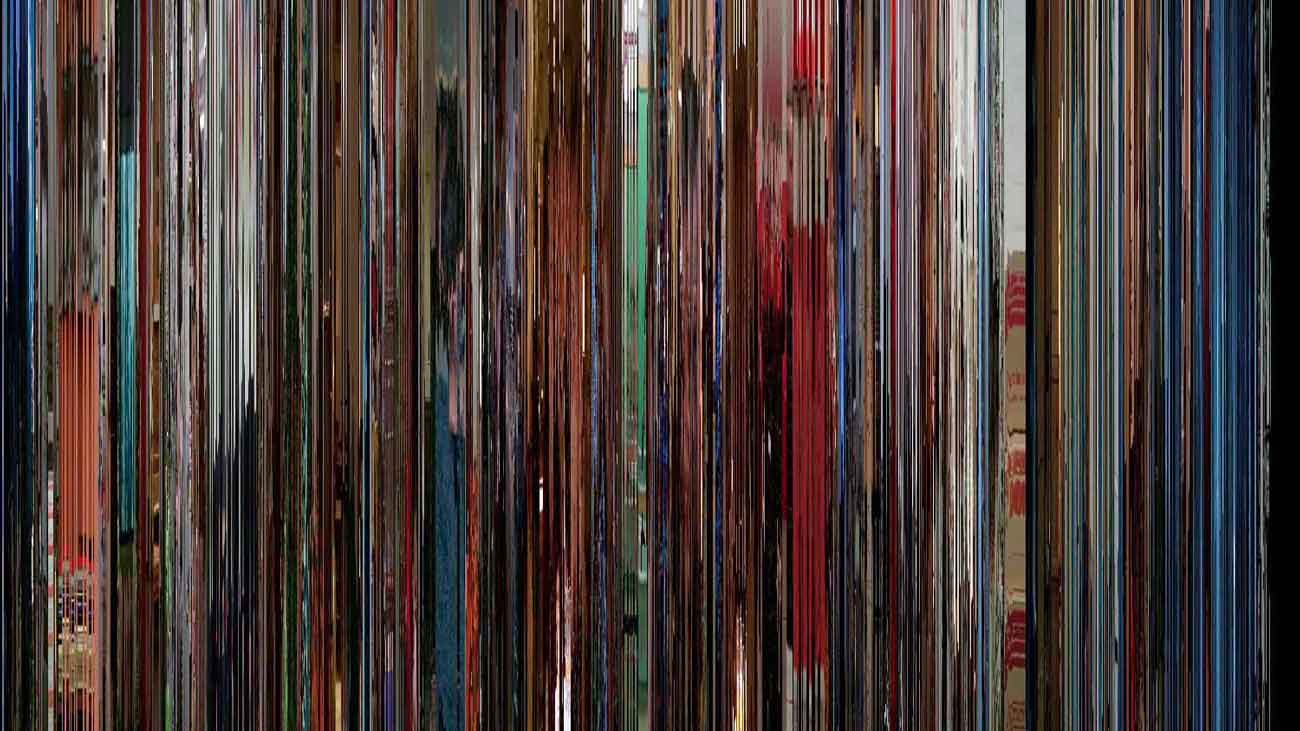 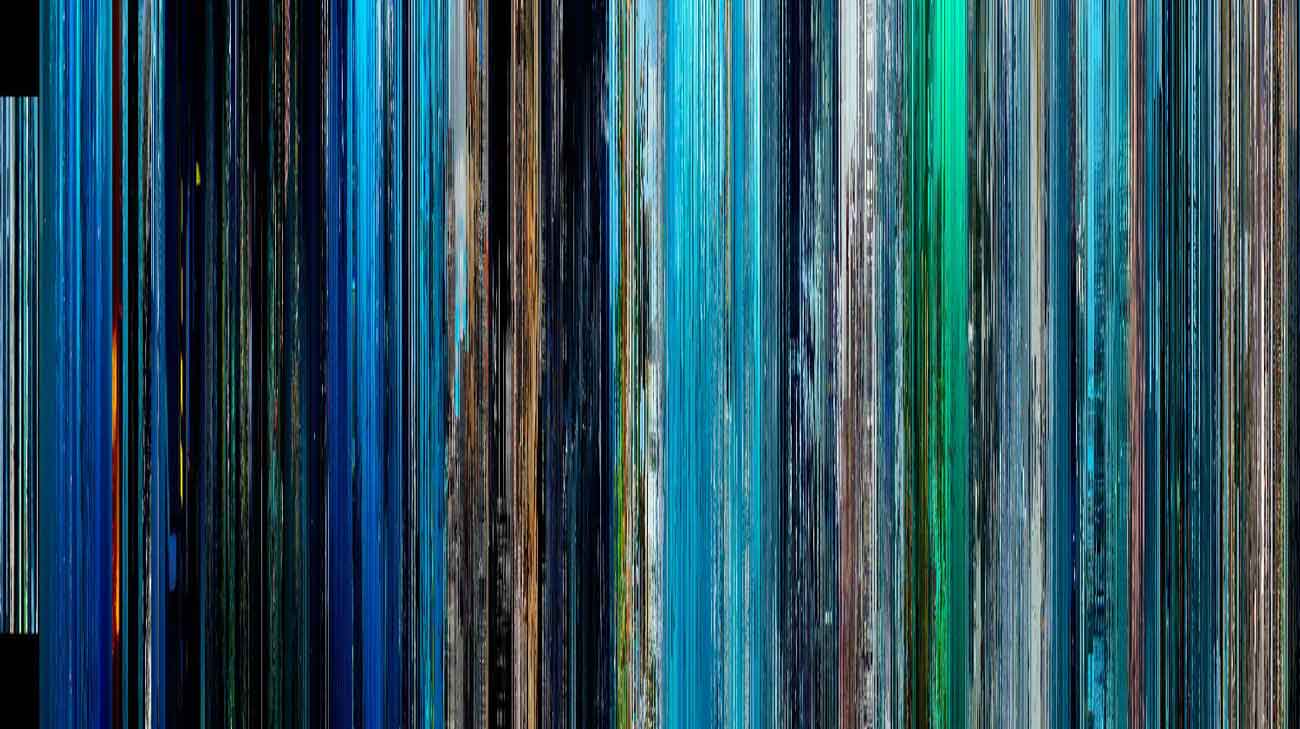