Based on my interest in how a picture could connect with space, or how the boundary between image and space can be resolved in perspective, I decided to use an existing image for my investigation, which plays with a similar theme. "Not to be Reproduced" is the title of a 1937 commissioned work by Rene Magritte. This portrait was made for the writer Edward James and shows us the back view of a man looking at himself in the mirror, but also seeing his back view there. Magritte renegotiates through his play with perspective and form, what the viewer previously felt to be real.

This image was first separated in a frequency. This process is possible by software. The information of the image is divided digitally into two images. An image contains the fine structure, the sharpness level of the image (the micro-contrasts, that is to say the variant of the image subtracted from a Gaussian blur). The other picture contains the version of the blur, so mostly the colors in coarser areas. By means of calculation, these can be digitally combined on the monitor again visually to the output image.
These two image planes were then laminated to two glass panes with a distance between of 10 cm. The distance does not allow the observer to superimpose the two planes in perspective, creating a gap in the original image. It can take different positions in space and try to find an individual best possible position. The boundary between image space and real space is shifting continuously. Since the object stands free in the room, the portrait from the rear view has now actually got a spatial rear view. 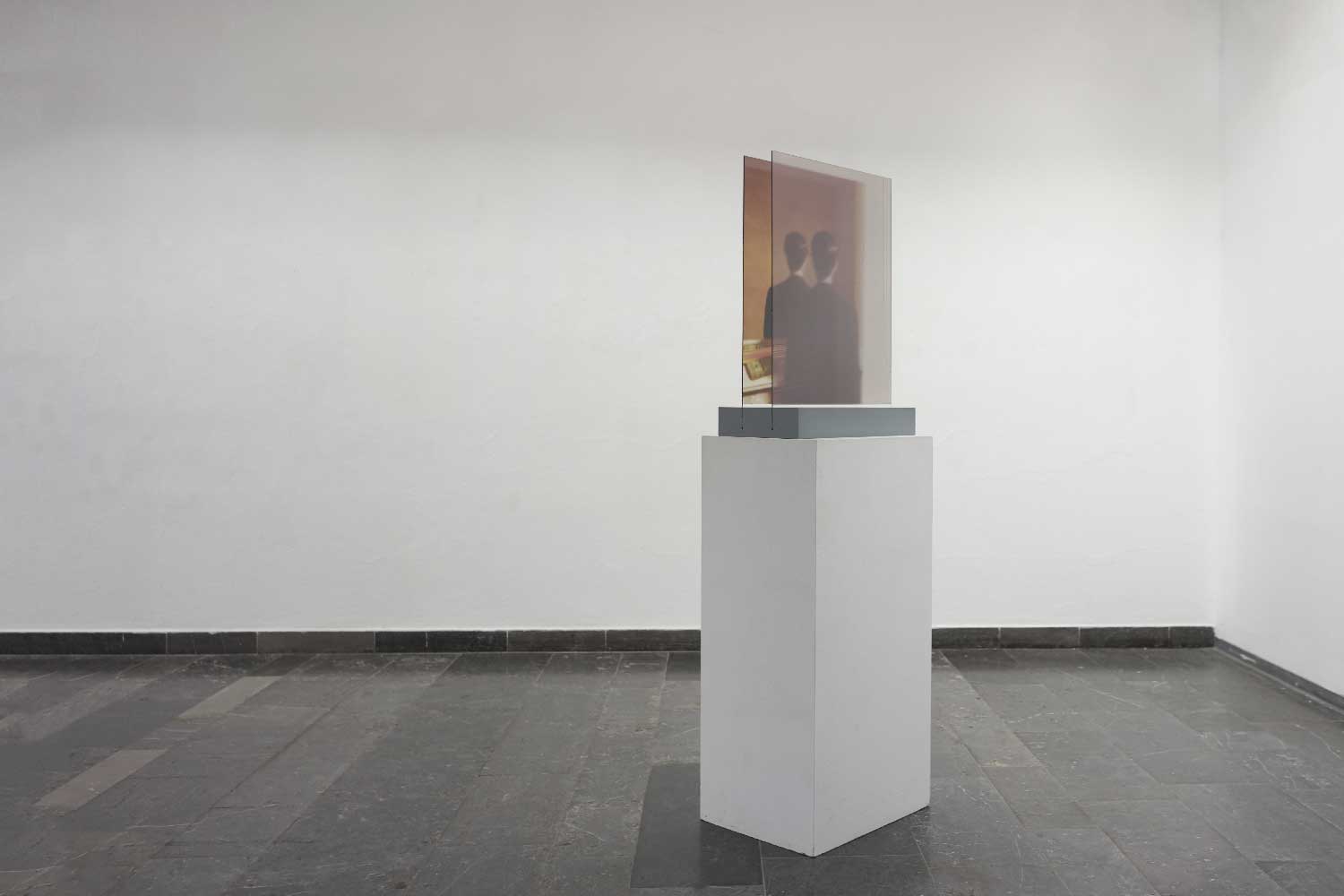 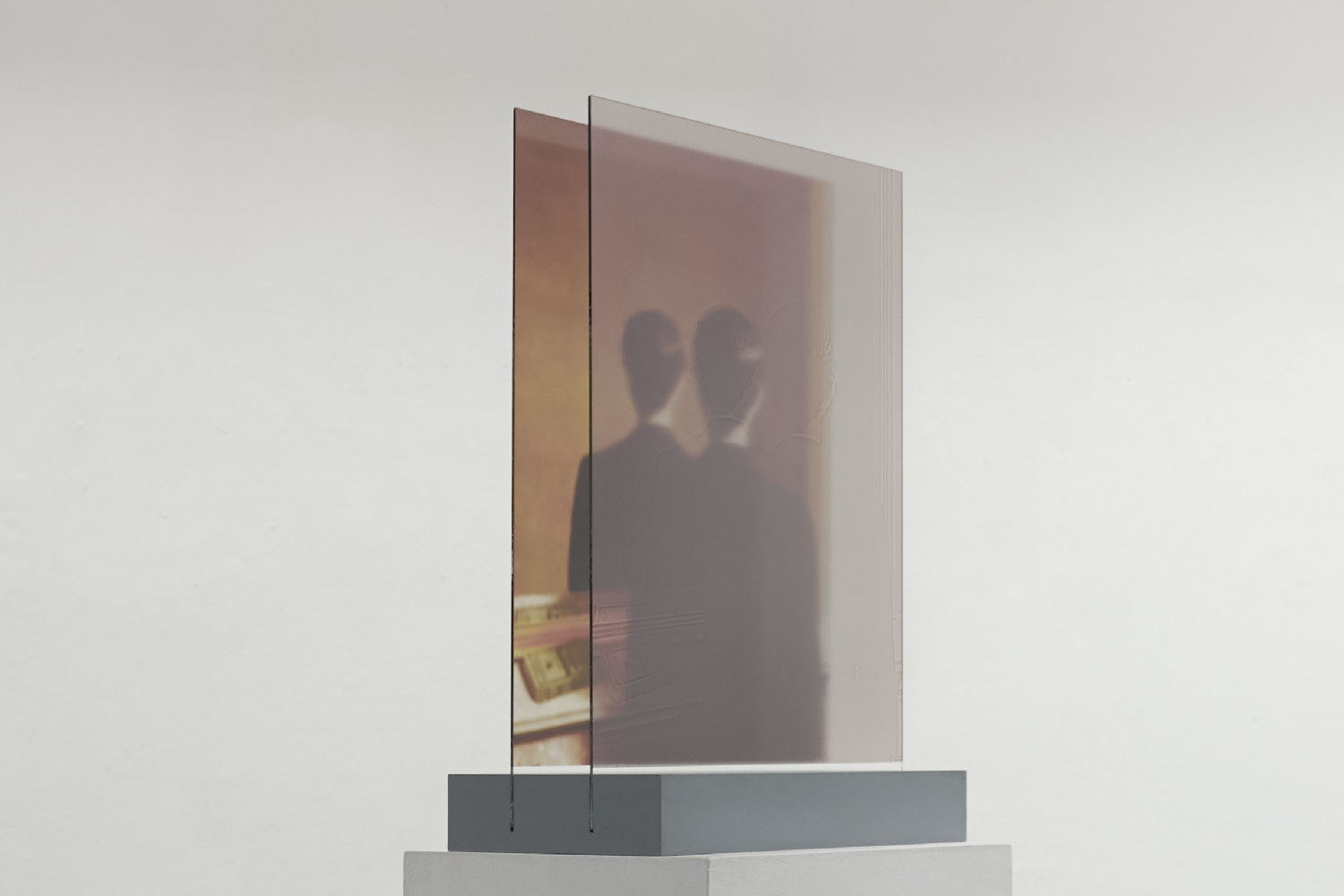 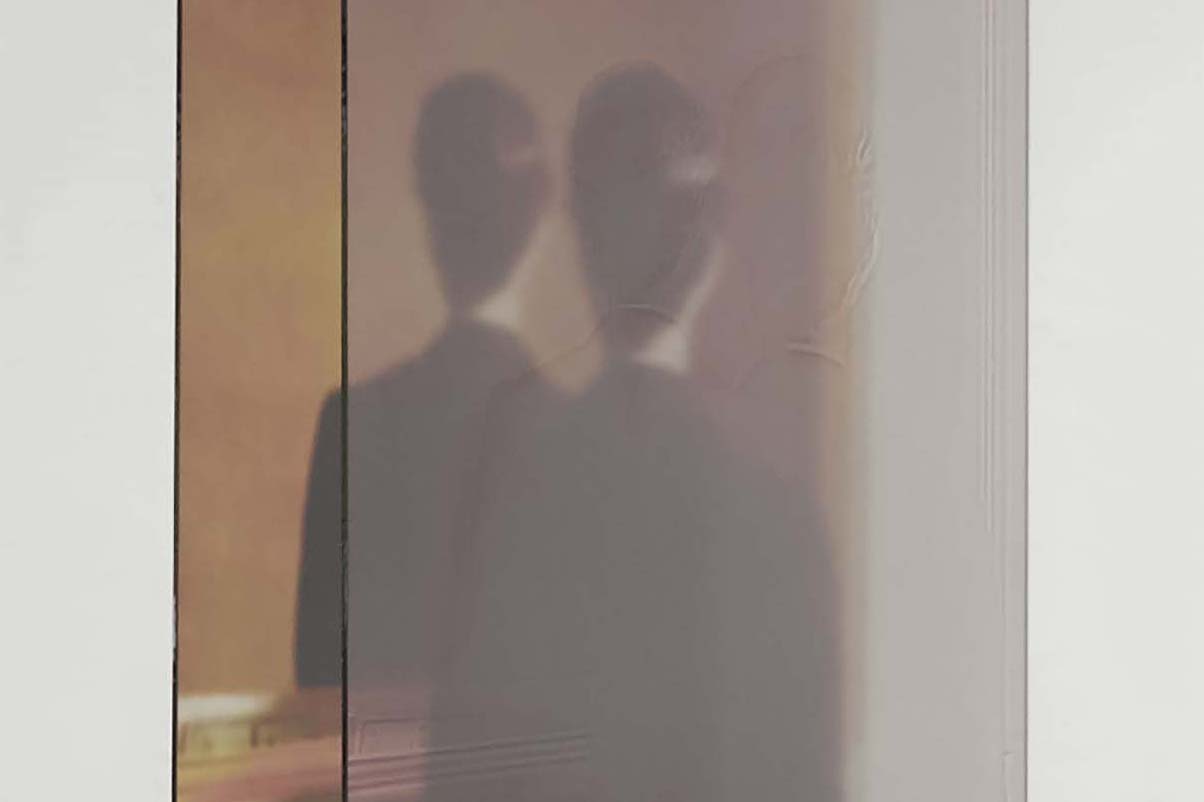